FREEPLUS Inc. that specializes in Inbound Travel ( Main Office: Osaka, Kita-ku, CEO: Kentaro Suda ) will open Inbound Specialized Hotel「 FP HOTELS Fukuoka - Hakata Canal City（ Temporary Name ）」in Hakata, Fukuoka in Spring 2019. This Hotel will be the third hotel after the opening of「 FP HOTELS South-Namba 」in April 2017 and the expected opening of 「 FP HOTELS Grand South-Namba 」in Fall 2018. In addition to Osaka, the Company will expand its hotel brand to Fukuoka to lead the inbound travel market in Japan.

The number of inbound tourist visiting Japan has been increasing every year, and in 2016 the number reached 24 million people ( 47.1% more than the previous year ) （※1）. Furthermore, Japan’s government aims to receive 40 million inbound tourists in 2020 and 60 million inbound tourists in 2030. Based on the Japan National Tourism Organization’s recent announcement on 20th September, 2017, the preliminary number of visitor arrivals in August 2017 reached 2.5 million people ( 20% more than the same month last year ). Thus, the expansion of inbound travel industry can be expected.

Having entered the inbound travel business since October 2010, in about 7 years, FREEPLUS Inc. has offered more than 500,000 hotel nights to inbound tourists. Using the know how obtained from previous results and experiences, FREEPLUS Inc. designs, builds and manages a new hotel in order to be able to fulfill both tangible and intangible needs of inbound tourists in their hotel stay, thus, presenting lifetime memories to all inbound tourist visiting Japan. Since the grand opening of the first hotel「 FP HOTELS South-Namba 」in April 2017, the Company has received great reviews from many hotel guests.

In Kyushu, there is an outstanding increase in the number of Asian tourists, particularly Korean tourists. Fukuoka is designed as an important gateway for both air travel and sea travel. Despite the 2016 Kumamoto Earthquake, the number of visitor arrivals in Kyushu and Okinawa reached 5.4 millions ( 34% more than the previous year ) and increased at a much faster pace than in that the overall number in Japan ( 22% more than the previous year) （※2）. Accordingly, there is an increase in needs for tourists to stay at a central location, which provides great access to gateways like Fukuoka Airport and Hakata Port and downtown areas.

「 FP HOTELS Fukuoka - Hakata Canal City（ Temporary Name ）」will be built next to an exit at a new station on Subway Nanakuma Line, which will be also connected to the large shopping complex, 「Canal City Hakata」by direct passage. The hotel is within walking distance to Hakata Station, Tenjin, and Nakasu. With the completion of the new station, it will be more convenient to get to those popular tourist destinations. By operating a new hotel in the area with great potentials of accommodation needs, the Company will be able to provide more accommodations to ever-increasing inbound tourists and contribute further to make Japan a better tourism nation through offering comfortable hotel stay to guests. 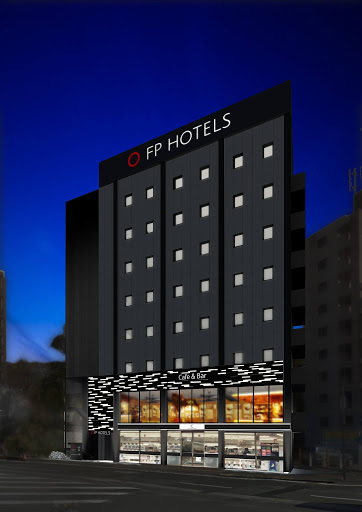 《Hotel Image Upon Completion》 ※Image is subject to change 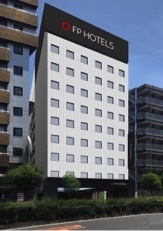 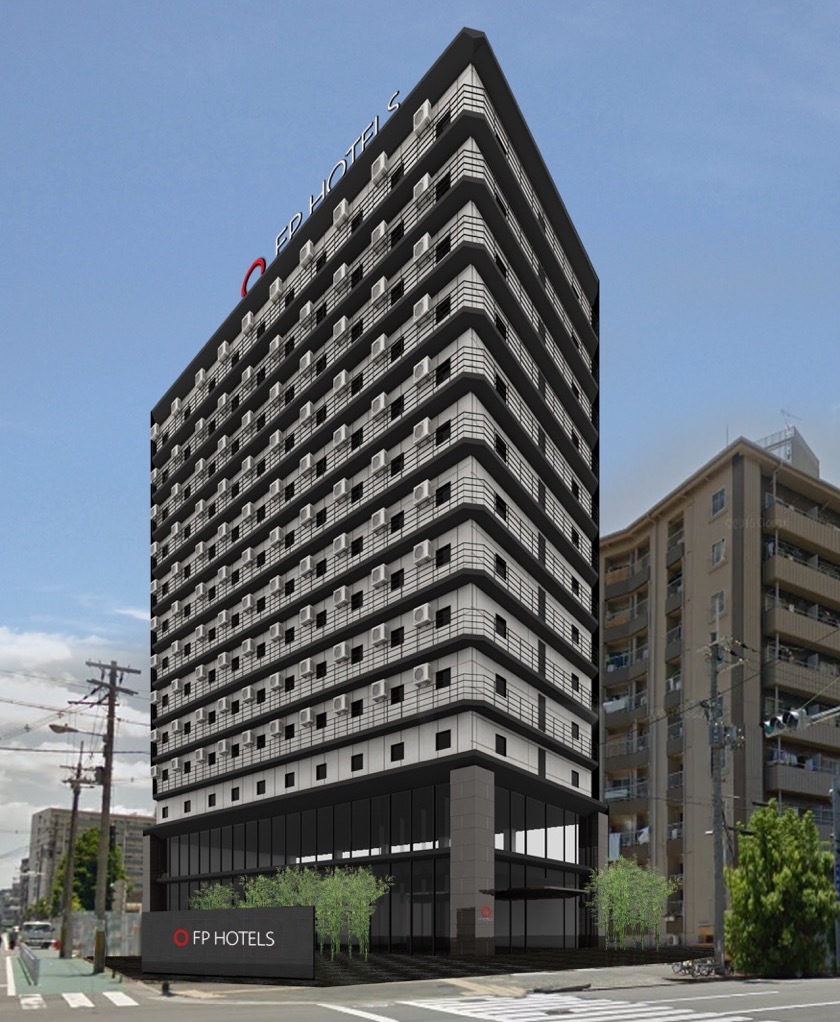 《Hotel Image Upon Completion》 ※Image is subject to change

Note: Construction of 「FP HOTELS Hanazono-Cho（ Temporary Name ）」, announced in the press release on 16th November 2016, was stopped due to adverse business condition.