The third party allotment capital, which is 600 million JPY, with Peach Aviation Limited 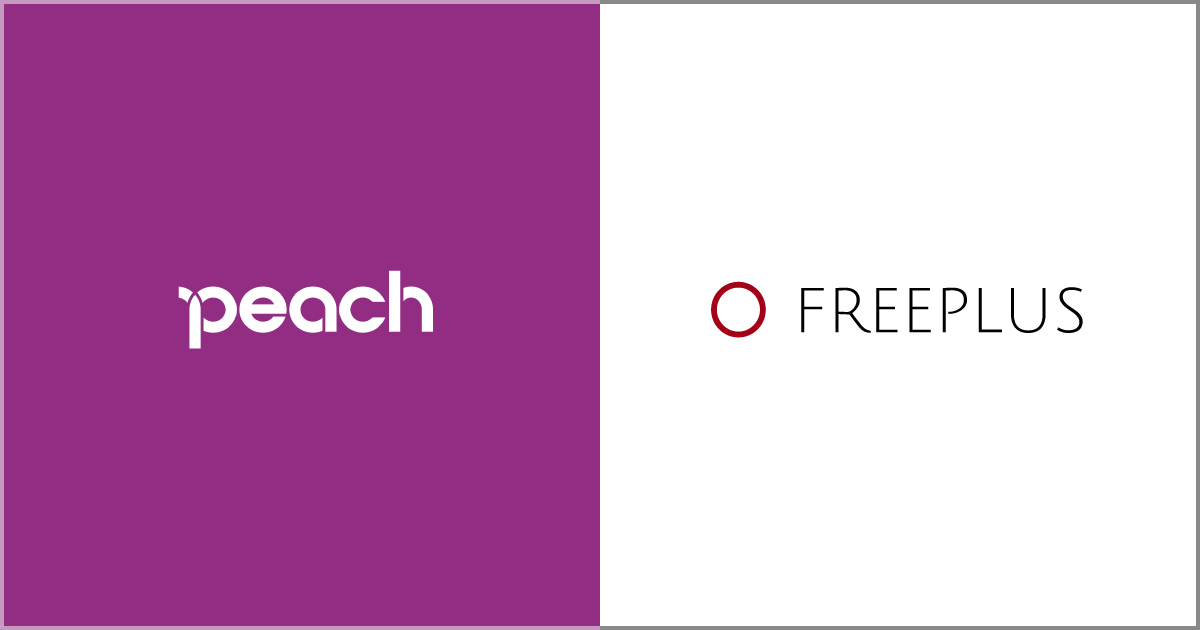 The third party allotment capital, which is 600 million JPY, with Peach Aviation Limited

FREEPLUS Inc. that specializes in Inbound Travel ( Main Office: Osaka, Kita-ku, CEO: Kentaro Suda, hereinafter referred to as the Company ) has executed a stock subscription agreement with Peach Aviation Limited ( Main Office: Sennan, Tajiri, CEO: Shinichi Inoue, hereinafter referred to as the Peach ) . The companies will combine the know-how and business models that the two companies have cultivated so far and create synergies by enabling collaboration in a wide range of fields to contribute to the realization of Japan's tourism-orientation. The first step is that FREEPLUS will join the Peach’s commercialization of “COTABI”, which is a travel reservation system between individuals to contribute to regional revitalization, and release the website this spring.

FREEPLUS has received inbound tourists from 787 travel agencies in 31 different countries. With the connections, the company is offering supports for attracting tourists and PR for inbound to local governments and other companies to promote Japan’s tourism-orientation.  Furthermore, FP HOTELS, inbound specialized hotel business of FREEPLUS, opened in Osaka last April, and  two more hotels will also open in the city this October and Fukuoka next February. After that, the company is planning to expand the business all over Japan. In order to promote Japan’s tourism-orientation, FREEPLUS is trying to expand the business in the tourism industry beyond the framework of the existing way of inbound travel.

Peach has been expanding the business by developing routes one after another, including increasing its base to the local areas since launching operations in 2012. Furthermore, while maintaining the affordable fares, the company has embraced the slogan ‘from price competition to value creation’ in order to differentiate the experience flying Peach beyond the conventional framework of airlines. Peach have offered a number of innovative added values besides air transportation, such as the customer service incorporating AI which is the first in Japan and in-flight sales of cars on the sky.

The conclusion of the stock subscription agreement between FREEPLUS, vertically integrating businesses in the Japanese tourism industry, and Peach, aiming for becoming a ‘bridge for Asia’, was realized to excite Japan's tourism-orientation by taking advantages of the strengths of the companies. "COTABI" embodied the contribution to regional revitalization as the first step of its efforts. FREEPLUS will participate in the Peach's commercialization of "COTABI", which is a travel reservation system between individuals. It will be the first step in pursuing business that both companies contribute to sustainable corporate value improvement.

Regarding this investment, Peach CEO Shinichi Inoue said,
“Based on the idea of a ‘flying train’, Peach have made numerous challenges to innovative initiatives beyond the framework of airlines. We hope that COTABI which is the C2C type travel reservation site platform will bring new innovation to the way of traveling so far. Together with FREEPLUS, a birthplace of Osaka, we will bring excitement of travels in Japan by innovation from Kansai.”

Also, FREEPLUS CEO Kentaro Suda said,
“FREEPLUS has challenged various efforts to vertically integrate businesses in the Japanese tourism industry including inbound travel to achieve Japan's tourism-orientation. With the investment from Peach, we think that it is possible to realize a business that could not be accomplished with FREEPLUS alone. We will continue to exploit synergy effects with Peach and contribute to the promotion of Japan's tourism-orientation.”